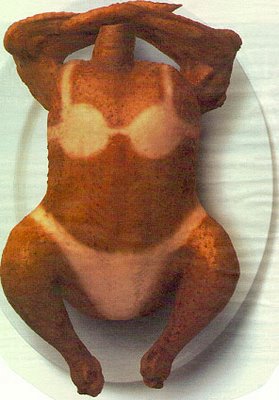 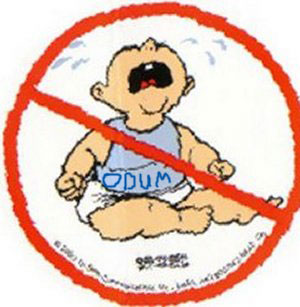 Please, will someone tell Johnny Odum over at Green Mountain Daily to just fucking grow up already? Why is it that when I read him I feel like I’m watching a kid who’s dressing up in his daddy’s clothes? The poor fella, he thought having his own blog was going to give him some talent. But it doesn’t work that way, Johnny Boy. In fact, it works in the opposite direction: first you’ve got to have some talent and then you create a successful project.

Today, Odum’s whining about Darren Allen of the Vermont Press Bureau. And while he’s trying his hardest to make a coherent political argument, little Johnny Odum just sounds like a jealous little whiner. Come on, Odum, we know why you’ve got a hard-on for Allen: He totally dissed you in his piece about Vermont bloggers. Better yet, Allen totally understands that you’re not worth taking seriously and he stuck his fucking finger in your eye. And now you’re going to nitpick him to death under the thinly disguised hoax of intellectual political discourse. Whatever.

In response, Allen offers a bit of a response in his blog today. And the best part of the response is that he refuses to name Odum or the Green Mountain Daily. Ha! Take that, little Johnny!

For some reason, Odum thinks that because he’s got a couple dozen readers everyone’s supposed to treat him like he’s Vermont’s Tim Russert or something. It’s totally fucking bizarre. Here’s a little cheat-sheet into little Johnny’s approach to media criticism: Quote him positively and he loves you, ignore him or criticize him and he hates you. It’s really not that hard.

And let’s not forget about little Johnny’s day job: “associate” membership coordinator for a local nonprofit, the Vermont Natural Resources Council. Wow! What credentials! How could Allen possibly deny you full access to his every column? Fuck, he can’t even run the department; he’s just a goddamn associate.

In fact, little Johnny isn’t even taken seriously at VNRC. Why else would they have skipped over him and hired Jake Brown of The Bridge last week to run their communications department? Yep, little Johnny wants the state’s media elite to take him seriously in the realm of journalism and political thought but his own bosses at VNRC gave him the total blow-off when it came to an in-house promotion.

Poor Johnny, no one’s taking him seriously. Thank God.
Posted by Snarky Boy at 10:57 AM 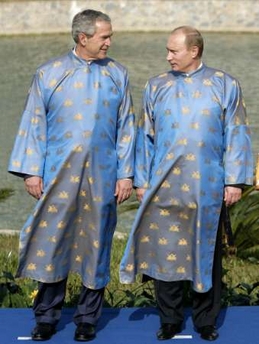 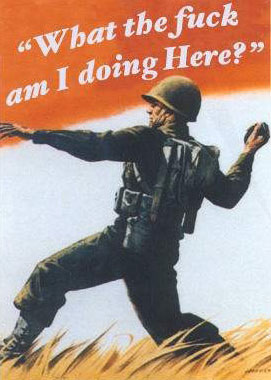 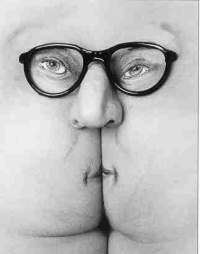 Hey, you. Yeah, you: Assface. You’re the quintessential Vermont voter, aren’t you? Somehow, you see Douglas and Sanders perfectly in tune with one another. Like I said, you’re just an assface. Or wait, maybe you’re just fucking around. Maybe the Assface Voter of Vermont is just playing one big joke on us. Of course, that’s got to be it. Why else would Brian Dubie keep getting elected?

I’m starting to get it. Assface Vermont Voter is very funny, indeed.
Posted by Snarky Boy at 9:00 AM

Talk of the Town

If I were Peter Freyne or any of the other lowlife homeboy bloggers out there, I’d begin my weekly blogging fest with an oh-so-proud reference to the Darren Allen article in the Times-Argus that prominently included Snarky Boy – photo of this homepage and all! But I’m not that pathetic. Whatever. But I will add that I found Allen’s dismissal of the whiner-bloggers around here (you know who you are) quite delicious. You know, the bloggers who brag about some decentralized utopia but censor the voices of dissent and complain about foul language. At least Allen saw through them. Now piss off.

When I last signed off I told you that you’d be hearing about me. Well, that wasn’t even the story I was referring to. There’s a bigger national outlet tracking the words and deeds of the Snarkmaster and I’m hoping that piece will be out soon. Trust me, you’ll see it.

But, fuck all that, let’s get to the real stuff.

I hope you all did your Vermont democratic duty yesterday and watched the debates on VPT. Good grief, what a nightmare. By the end of the last debate I needed to wring my head out like a filthy washcloth. Have you ever seen such nonsense?

The biggest nightmare by far was watching Brian Dubie act like a 3rd grader trying to make his first-ever group presentation. How fucking painful was that? And would someone please tell him that thumbing through documents for a television audience really doesn’t work. Why does it feel like he’s some cartoon character who jumped off the page and into reality for our entertainment pleasure? But then you realize this dunce is for real and that he’s actually been elected twice to the state’s second highest office. I found myself repeating this mantra throughout his painful performance: Oh fuck, he’s real.

Let’s face it, Dubie looked and acted more like one of the many wingnuts than an incumbent. I’m mean, Cris Erikson could present an argument better than Dubie and she was probably stoned out of her mind.

But what I’m really wondering about is when will someone in Peter Diamondstone’s family recommend that he get a haircut? Poor fella. He makes enormous amounts of sense but he looked like he just spent the night partying with Nick Nolte. But, then again, Craig Hill’s got a nice little haircut and he still sounds absolutely whacked most of the time.

Speaking of Hill, what’s up with the Vermont Green Party? I thought the Greens were about the environment and sane social policies. But the crop of Greens running in Vermont seem to be about one conspiracy after another. If it’s not 9/11, for example, it’s voting fraud. And, trust me, when they get less than 1% of the vote tomorrow, that’ll be a conspiracy, too. Petra Kelly’s rolling over in her grave over these clowns.

And the best news of all? It’s all over tomorrow. Not a day too soon.

Here are your winners: Sanders, Welch, Douglas, and Dubie. Vermonters just love the same-old, same-old, no matter what else they tell you.
Posted by Snarky Boy at 10:33 AM 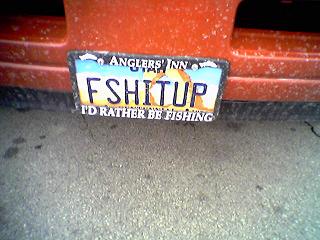 Please, stop it. Stop it, now.

To be fair, let’s get into some examples. The Liberty Union’s candidate for U.S. Senate, Peter Diamondstone, was arrested at a debate a couple of weeks ago at the Vermont Law School for calling some smartass law school student at “little shit” for attempting to stop Diamondstone from taking an extra minute that he thought he deserved.

Yes, I said “arrested.” Worse, he was thrown to the ground – face down – handcuffed and booked for disorderly conduct for the small four-letter word utterance. And the crowd cheered. Remember, this is a law school crowd for crying out loud. Hope for the future? Fuck that.

But let’s play the game of reality for a second here. It’s a simple true or false game that I’m sure even your dumb ass can manage to get a passing grade in.

Thus, welcome to the Snarky Boy’s first-ever “are you fucking with me” quiz:

1) Which is worse: Bush making a decision that led to the killing of hundreds of thousands of humans – Iraqis and Americans – or Peter Diamondstone calling rich law school students “little shits” for denying him an extra minute to pursue his democratic rights?

2) Which is worse: Diamondstone calling rich law school students “little shits” or Bernie Sanders – the self-proclaimed man of the people – doing absolutely nothing while his former political soul mate has his face smashed to the ground while being arrested for saying “little shits”?

Okay, okay, you get my point. And now I hope you understand why I hope the whole thing ends soon.

But wait, let’s turn the channel to see what some of the so-called “liberal” bloggers are writing about in these last days of the election season: Hmm, there’s Peter Freyne talking about – what else? – himself. And there’s Odious Odum trying to convince us that Clinton, Gore, Kerry, Dean, Clinton & Lieberman would have been oh-so different (yawn). And then there’s – oh, fuck it, you get my point. Let’s just hope it’s all over soon.

If you’re looking for a Snarky Boy endorsement, here you go: Fuck shit up.

Take it or leave it. Or better yet, join me. Because this is no time to ponder your wardrobe, your latest dance move, or the size of your fucking thighs. People are dying.